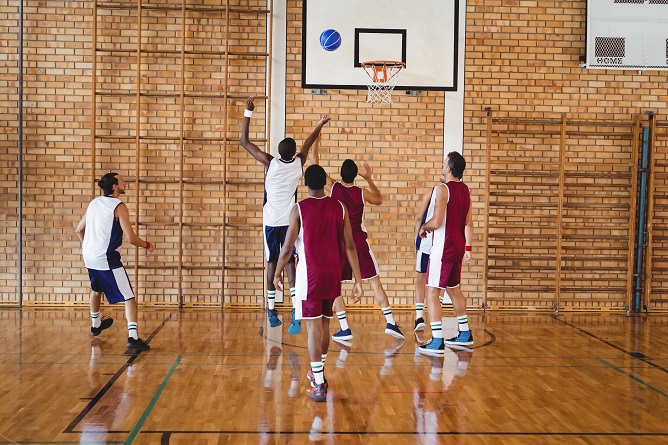 People playing basketball in an open basketball gym in Illinois and other cities throughout the country are a common sight before the pandemic had hit. Now that vaccinations are in full swing throughout the United States, it’s expected to see people flocking in both indoor and outdoor sports complexes very soon!

Ironically, the creation of the sport basketball came about under the circumstances nearly similar to the restrictions imposed by the pandemic. In December of 1891, people, especially the youth, were forced to stay indoors because of the weather.

Baseball was a popular sport among the youth in that year. However, in those days, the indoor baseball field and cages were not yet invented. Faced with a rambunctious gaggle of teenagers, Dr. James Naismith was ordered by the head of the Springfield YMCA to create a new game that can be played indoors yet still help keep athletes fit through rigorous physicality.

After carefully studying other ball-based games, Dr. Naismith came up with the foundation of what is now known as basketball. The first “basket ball” equipment was actually a soccer ball, and a peach basket nailed to opposing corners of the Springfield YMCA gym. Nevertheless, the basic 13 rules of the game are similar to the rules observed today.

Dr. Naismith and his YMCA athletes played the first recorded game of basketball on December 21, 1891. As they say, what follows next is history – basketball became one of the most popular ball games, not just in the United States but around the world!

Are you looking for an indoor sports complex in Chicago, Illinois? Contact us now at CSO Sports Multiplex!